Last night, I wrote about my first fantastic six months of 2010–being abroad. (And, although I didn’t mention it, coming home.) Apparently I took very few pictures during the second half of 2010 that did not involve food.

If you’re not here for the first time, you’ve seen those. In spades. Then again, these past six months have been eventful in that I’ve started this blog.

I reintroduced myself to American-sized portions.

I went to Atlanta.

I moved in with this super-inspiring woman who cooks me Russian food and educates me about all kinds of international issues. 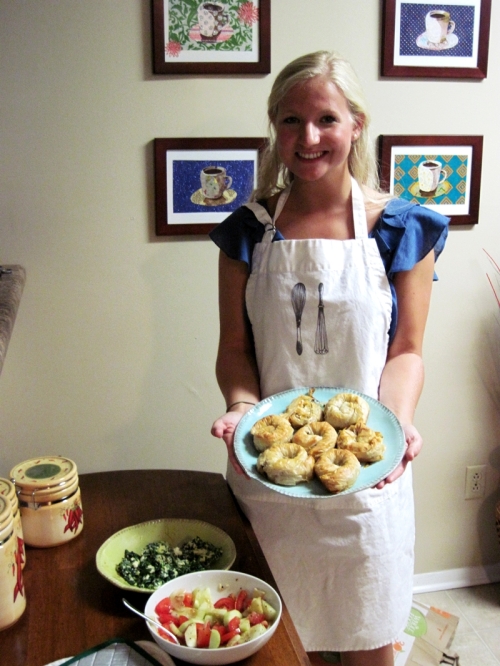 I lost a friend. He died too soon, and I try to live a little harder every day for him.

I walked on the grounds of the White House. Oh, didn’t mention that before, did I? Well. Here I am, visitor pass and all. Next time, I plan to hang out with the prez.

I dressed up like a deviled egg for Halloween, which, based on your responses, has upped the ante significantly for future Halloweens.

And while I left friends behind as I arrived stateside, I also celebrated having friends to whom I could return.

I really cannot thank you enough. For staying in with me, for forcing me to go out, for eating my food, but letting me take 50 pictures of it first.

I look forward to seeing what lies ahead of us!

This entry was posted in reflections. Bookmark the permalink.